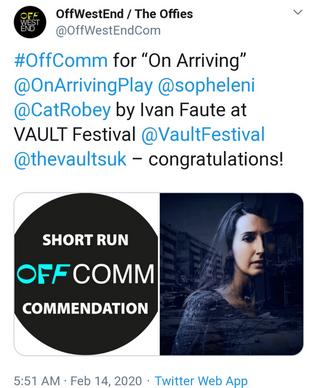 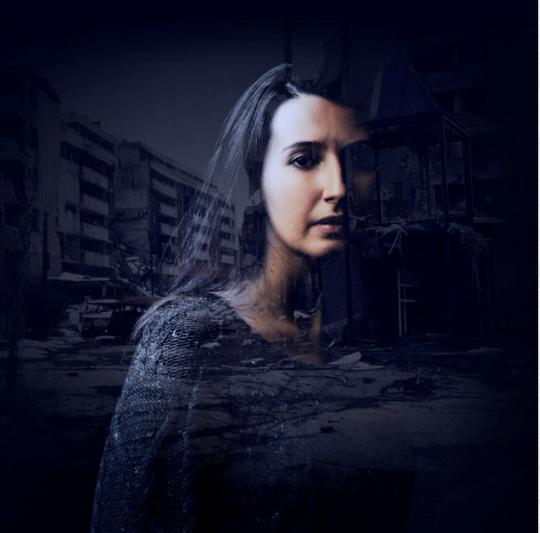 ON ARRIVING received an OffComm from OFF WEST END for our production at The Vaults 2020.

On Arriving is a new one-woman play, exploring a young refugee’s fight for survival, as her country falls apart before her eyes.

Sophia Eleni performs with deep, personal connection to the story of home and war, her own family having been made refugees when fleeing Cyprus in 1974 after the Turkish invasion.